Roland Cook was one of many Lay Vicars to have been part of the Cathedral's choral foundation. However, his death - fifty years ago today - on 16 February, 1968, aged 73, is particularly significant as it marked the death of the last member of the Corporation of the Vicars Choral to hold freehold office. This meant that once he had been appointed, he was entitled the income from the lands owned by the Corporation of Vicars Choral until his death, even after his retirement on 12 January 1967 following serving at Lichfield for 44 years.

There is a noticeboard in the Lay Vicars' vestry today which commemorates him:

The inscription reads,
'Placed here in 1969 to commemorate the former corporation of the
Vicars Choral, following the death of Roland James Cook, the last member
to hold freehold office under statutes dating from the 13th century'.
(with apologies for the poor photograph)

Before coming to Lichfield, Cook had been at Canterbury Cathedral and during his 44 years at Lichfield, he had a distinguished career as a singer. His son has been in touch and sent a photograph of his father as young man: 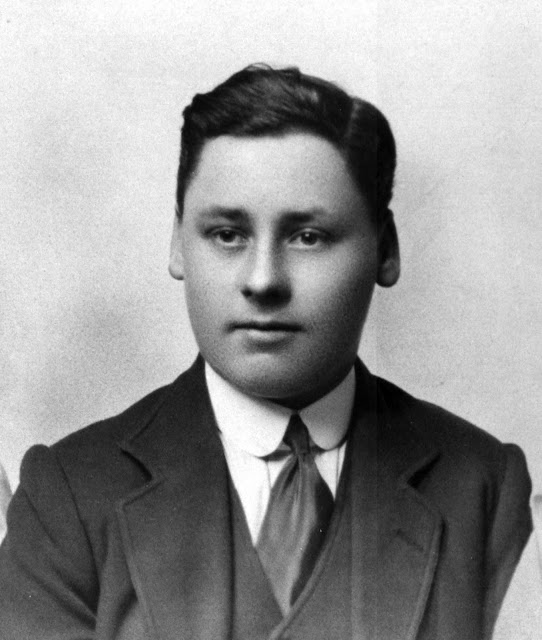 and a photograph from 1934 in which Cook is a part of a group of BBC Midland Singers in a studio in Birmingham: 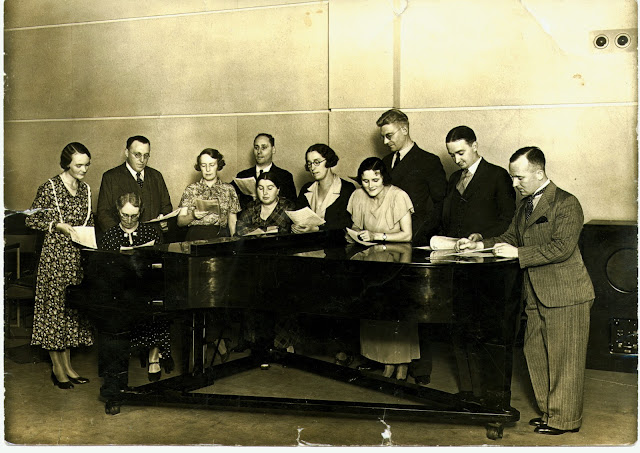 His son comments that "the only others in the picture that I know are the musical director Edgar Morgan, a dapper man on the right hand side and the small lady in front of Dad, Margery Westbury as in Paul Temple. Edgar Morgan lived in Handsworth and was a deputy organist at the Cathedral, but I knew him as the music teacher at the Grammar School who only came in on Mondays and Fridays".

If you can offer any information about any of the other singers in this photograph, please get in touch!

Posted by Richard Shakeshaft at 09:00 No comments: