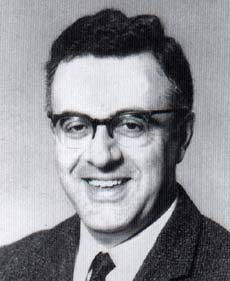 Richard Greening was Organist of Lichfield Cathedral from 1959 to 1977, but we were contacted by Alan Whitaker in 2010 who offered a personal recollection of Greening in his time before Lichfield.

The following material was previously published on the Cathedral Choir's website, but has been reproduced, more fittingly, here.

I sang in the choir at St Giles' Church in Oxford from 1949 until 1967, and then again for several years later on when I and my two sons sang together in the choir under Peter Ward Jones until we left the Oxford area in 1987.

When I first joined the choir as a probationer, the organist was Mr John Cantrell but when he applied for, and got, the post of organist at Chelmsford Cathedral (I believe) he was replaced by Richard Greening. Thus I sang under him in the choir of St Giles' church for the whole of his time as organist and choirmaster. I have nothing but extremely happy memories of that time. The choir was not huge, nor was it the "testing ground" for boys whose parents had aspirations for them to sing in one of the collegiate choirs in Oxford.

I remember him as an organist of prodigious talent, a choir master of great depth, but who built up excellent relationships with many of the boys in his charge. The boys' choir was made up of boys from schools as diverse as pure state schools, church schools and even New College and Magdalen College schools, so the boys had a huge range of backgrounds. One of the things I remember most vividly was during either our Tuesday or Thursday boys practices he encouraged us to suggest variations in pointing from that in our Parish Psalters. Those which he liked, he incorporated and at the Friday rehearsal with the gentlemen of the choir, they were told about them and we sang them from then on.

My family, unlike that of some of the other boys, had no direct association with the university, but Richard made a friend of my father and ultimately, my proudest achievement was to sing the whole of the solo treble part of Hear my Prayer in a liturgical context - standing beside him at the 'pusher' organ console at the back of the church playing so very beautifully with the rest of the choir singing their hearts: an experience for which I can never give enough thanks.

He was quite a disciplinarian, invoking hefty fines, records of which he kept in the choir register, for misbehaviour, but he had a soft heart when it came to pay-day. I had on occasion, lost all my pay (six shillings and sixpence in hand [the same into a bank account for us when we had to leave]), on account of fines, but I never went home empty handed! One other chorister regularly 'lost' all his pay. He too never went home with empty pockets. We could never be sure how much we would get, though, so it was worth turning up, and the singing was always fun.

I remember a couple of weeks when Richard was on holiday and choir practices were taken by a very young Bryan Kelly, who I was later to come across as Musical Director of the Oxford Operatic Society and who has since become a composer whose work I still enjoy singing when I can. He even wrote a wedding anthem for St Giles' Choir to sing at one of its member's wedding. He was a close friend, but my wife and I both sang in the first performance, and our mutual friend and his wife came back from their honeymoon, two weeks later they sang it again at St Giles for my wedding! This was, of course some years after Richard Greening had left St Giles.

During his time at St Giles he took a full part in church activities and was, I believe an active (if ex-officio) member of the PCC. When it came to the proposal to refurbish and move the Hill, Norman and Beard organ from inside the Lady Chapel to the space under the tower, he was as far as I can recall, an enthusiastic proponent - even though it meant accompanying the services on a tiny harmonium when the organ was in bits.

These recollections are just the tip of the iceberg. I fear I do not know if they are of any great value, but it would not be overstating the case that I really was very fond of Richard Greening as a boy. I believe that he saw potential in me and that he did his best to promote that. I have missed him all my life, and never forgotten the immense good he brought into it. He truly was a very kind and generous man and, like most organists and choir directors, he gave of himself to anyone who would pay heed to him and he formed very special friendships with several other members of the choir - especially with those in the back row and included my father, (a non-singer), among those. I am still a chorister, using what is left of my voice to the glory of God at St Nicolas' Church, Newbury under Sarah and Nic Cope's direction. Like Richard, they too are very special people.

Alan subsequently got in touch again, to add the following details to his account:


I have found the Choir Register extract which I thought that I still had. It is a question of Bad News/Good News, though, as while I can pinpoint his last choir practice fairly precisely, - the register changes into a different handwriting (and pen) on Sunday 31st July 1955 - I think that he may still have been around for the rehearsals immediately prior to his wedding on 6th August 1955.

My parents took me away on holiday to Kent on his wedding day, so I could not attend, but the rest of the choir would have done so. I would, though, have warn you that there is no documentary evidence for the choir having done so, as the register seems not to cover the fairly considerable number of weddings and funerals we sang for as a choir in the 1950s. Equally, there may have been an augmented front row as the choir was decimated by holidays at the time. I was then Head Boy and the register shows that there were, including me, eight full choristers at the time with three probationers, and six gentlemen at the time. The following morning (Aug 7) there were eight boys (including one of the probationers) present and there were two full choristers, (me and one other), together with two probationers who were away on holiday.

The change of handwriting is quite dramatic and in any case August the sixth resonated with me for several other special people who have birthdays on that day. I am certain of it.

The opening date of his stint as st Giles' Organist and Choirmaster is more difficult as I originally made the copies to try to locate the date and the personnel who were involved in making a recording of several psalms - entirely for internal consumption. These were recorded under the leadership of Richard Greening's successor, Kenneth MacIntosh. The copies I made from the old registers go back no further than early 1955.


Posted by Richard Shakeshaft at 14:30 No comments: