As always, it is interesting when people get in touch to share a Lichfield connection. I recently received an email from a lady in Canada who understands that her grandmother's brother was a chorister at the Lichfield.
Jack Read was born on 24 January 1916, and the staged photograph she sent reproduced below is dated May 1930. The photograph (presented as a postcard) was taken by Lichfield photographers Edgar Bates of Bore Street, who owned three shops, now demolished. 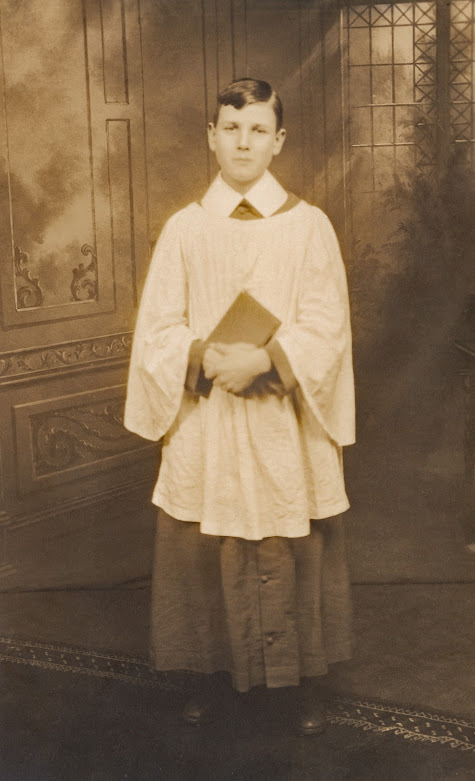 Jack was born at 61 Wade Street, in Lichfield and later attended St. Mary's Infants School. He was the only boy and had five older sisters. After his time singing, he became a motor driver, and he began army training in 1935. During the war, he served with the North Staffords in Italy, and on 9 December 1939 married Gladys Mary Smith. He died of complications after a routine gall-bladder operation in 1994.
Posted by Richard Shakeshaft at 10:00 No comments: