Songs of Praise was broadcast from Lichfield in September 1990 (having been recorded four months previously) to mark HRH the Duchess of Kent taking on the role of patron of the Choir Schools' Association. The service involved choristers from all over the north of England.

Although there has been a recording available on YouTube for some time, I have recently been sent a better (and complete) copy of the original VHS which has now been added to YouTube.

To accompany the broadcast, I have also found two accounts from the Lichfield Cathedral School Magazine which marked the event: 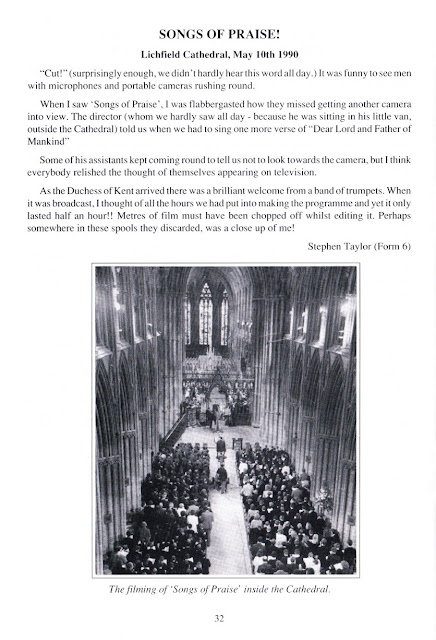 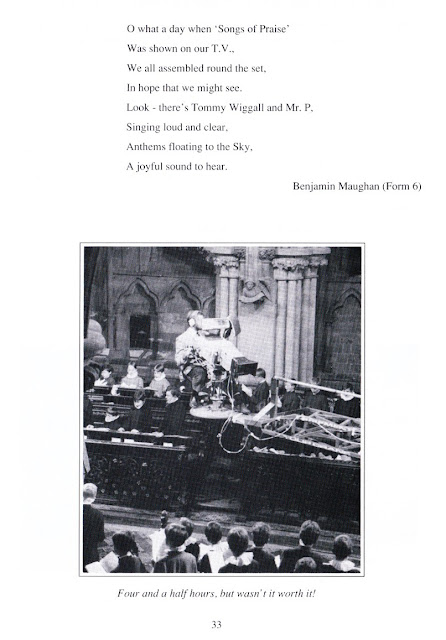 Posted by Richard Shakeshaft at 10:22 No comments: